Lifton on his "new evidence"

Each time you post, you reveal your abysmal lack of understanding.  The short answer: Yes, prior to publication, Macmillan hired a law firm to review the manuscript, in detail. Page by page. Because in view of its content, there was concern about litigation.  The result: there was not a single lawsuit; not one peep from the legal community.  I am writing this not because I give a hoot about what you think, but because of the widespread reach of the Internet.  Now why don't you go pester someone else Mr. Allison? . . .but before you leave please tell us about your credentials.  Are you a lawyer? A doctor?  An accountant?  Did you complete high school?  Just asking. .
_________________
Out With Bill Shelley In Front. 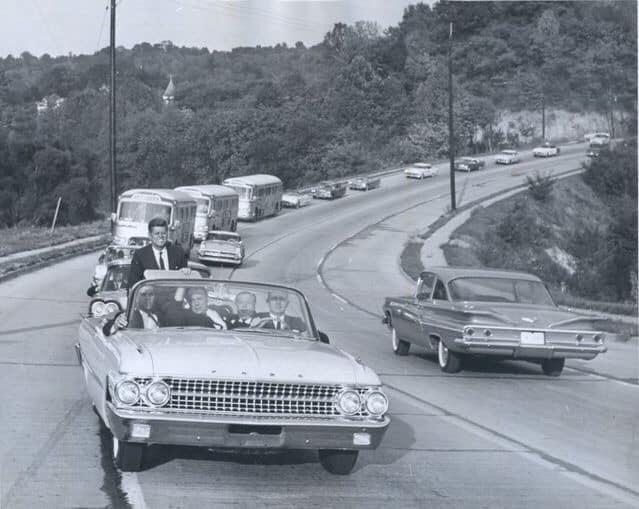 He has been asked several times about when his new book will be released, but Lifton has completely avoided the question. I wonder whether it has been delayed again.
_________________
Out With Bill Shelley In Front.

Apparently Lifton received loans from MFF for his new book.

I've never really bought the whole disinformation agent angle.
Sure, I read Sunstein and I don't for one minute doubt the " evil gub'mint" wouldn't resort t deploying hordes of ravenous disinformation breathing trolls.
But for a purpose. To influence public opinion on key issues.
The thought of crack teams of highly trained COINTELPRO operatives infesting forums largely populated by self obsessed middle aged fantasists seems inherently preposterous.
These places are echo chambers anyway. Just the same old fucking gang indulging in ritualistic onanism.
Anyone who dares speak up is chased by the lumbering pitchfork wielding John Butler...while Jimbo Baggins gleefully eggs him on...hands stuffed down the front of his ACME Bilbo does erotic Pilates yoga pants...his beard twitching like a Peter Lemkins suicidal merkin...
Its mostly a symptom of their unaccountably grandiose self regard.
T hear Butler earnestly expound about his work as if he was some molecular physicist is as bizarre as it is baffling.
No one gives a fuck what the. 13 inch headites think, except for the 13 inch headites themselves.
As I said i don't really buy the disinfo angle.
Except for two exceptions.
Lifton and Fetzer.
Read the classic definition of an agent provocateur.
A provoking agent. One who sows discord. Stirs up fraticidal squabbles. But most of all champion issues that discredit whatever movement.
Usually terminally.
Isn't that exactly what that pair of flaccid ulcerative syphilis ravaged knob ends have done?
Lifton- the Dean Koontz of Assassination Research has spent 40years plus peddling malign fantasies.
Creating scenarios so outlandish that the Warren Report seems sane and eminently rational in comparison.
And as for Fetzer? He's vocally viscerally and aggressively championed the most outrageous assortment of confused old men cheapjack snake oil touts and plain old fashioned grifters hoping t make a few bucks while plastering their hideous gurning porcine snouts on as many tabloid front pages as is possible.
Fetzer managed t associate assassination research with the most horrendous propagandists and psuedo scientists. From moon hoax believers t holocaust deniers.
Lifton like Fetzer Jeffries and their giggling acolytes have made the truth seem ridiculous.
Make it controversial, make it challenging, subversive, maybe even right confrontational.
But never ridiculous.
Ridicule is today's chosen method of assassination.
_________________
A fez! A fez! My kingdom for a fez!!
The last words of King Richard HARVEY Plantagenet III
Bosworth Field 1485

Quite possible, Alex. I recall a few years back that Lee Farley said that he was convinced that Lifton was working for the other side since day one.
_________________
Out With Bill Shelley In Front.

I wouldn't be the slightest bit surprised if it turned out Lifton, a gadfly of vagrant means, was tasked t burrow into the nucleus of the then coalescing critical community.
Why else would his book have been so successful?
I mean it sure couldn't have been for his literary gifts, his gushing charisma and brooding photogenic persona.
And it sure as fuck wasn't for his investigative skills...hell, he makes our Brian look like a curiously effete Sanibelised grey pony tailed Sherlock Holmes.
Albeit one who had spent a tad t long at the bong and fried his frontal cortex by blasting " The Ballad of You Me and Pooneil" through the speaker system salvaged from Great Uncle Heinreichs U Boat.
Certainly it caught the zeitgeist of the times...Suburban America's burgeoning fixation with slasher flicks..watching semi nude jailbait actresses being stalked by grotesquely deformed axe wielding psychopaths.
Lifton truly brought the assassination home t Elm St on a whole other level.
Wouldn't it have been counterintuitive, and going against what we all know happened with the truth of the assassination on mainstream media outlets, t trumpet the solution in the very papers that had so strenuously supported the Warren Report lie?
Unless Best Evidence was designed t fill baser appetites and numb the public even more?
I've been reading about the origins of the modern agent provocateur as we know it. The development in Revolutionary France and arguably the apotheosis in Nicholas IIs Russia.
They even managed t get a police agent, Roman Malinovsky, elected as a Bolshevik Deputy of the Duma.
It dawned on me that an actual agent provocateur would no more write tepid defences of the Warren Report than they would write politely worded pamphlets defending Louis XVI or poor old ill fated Nikolay the Last.
They were in the very front ranks of the barricades...AND scheming behind the scenes..devising ever more outrageous stunts that would bring the causes they supposedly supported into disrepute.
I can almost understand what motivates a Reitzes or Von Pein. Almost.
Reading Don Jeffries or Jim Fetzer..well let's just say by being driven back into the leathery embrace of the Warren Report they got off lightly.
Some of the stuff those gullible fuckwits peddle is an offense t thinking people everywhere.
It's an offense t the memory of the man whose assassination they're purportedly trying t solve.
_________________
A fez! A fez! My kingdom for a fez!!
The last words of King Richard HARVEY Plantagenet III
Bosworth Field 1485

Sorry for hijacking the thread folks..i just want t give a quick shout out t the indefatigable inestimable Jeremy B.
First of all thanks for the kind words.
Secondly and most importantly keep on keeping on. Your posts are veritable tour de forces of calmly reason, rational antidotes t the wild eyed nonsense being peddled by Jimbo Baggins and his rag tag cohorts. All two of them at least.
John Butler- the man who did t photo analysis what Hernan Cortez did t the Emperor Moctezumas you know whats...
And of course there's Sandy the Swinging Cowboy. The poster boy for stubborn unthinking zealotry.
I presume having studied at Brigham Young and coming from Utah Sandy is a very swinging Mormon cowboy.
Perhaps it's not too hard t understand why a man who believes a celestial being appeared t some drunken ne'er do well brandishing golden tablets inscribed with obscure pre Demotic script can believe in an absurd double doppelganger project involving shadowy grumpy non smiling fake moms, magical scars and fantastic cutting edge sperm experiment intel spookery...
If anything the scenario may well be TOO credible for Swinging Sandys tastes...
Oh t b a CIA bug when he calls. Jimbo Baggins frantically pleading with him t include a magic levitating polygamist with a fire breathing anus t the H and L cast list.
Tragically for all us who treat the study of the assassination with the seriousness and respect it deserves a magical levitating polygamist with a fire breathing anus would be by no means the most nonsensical character involved in the whole mind bogglingly nonsensical H and L caper.
Your posts like your website are oases of reason.and logic( tinged with a wonderfully dry acerbic sense of humour...and by Armstrong do you need a sense of humour dealing with that lot)in a desert of tin foil hattery.
All joking aside you provide a valuable service. A rational counterweight that may well stop some curious but less informed individuals disappearing down the H and L rabbit hole.
My best regards t you sir!! And keep up the great work!
_________________
A fez! A fez! My kingdom for a fez!!
The last words of King Richard HARVEY Plantagenet III
Bosworth Field 1485

It may not be long before 'Harvey and Lee' doctrine requires believers to wear special magic underpants, or whatever it is that Mormons wear. They'd each have to wear two pairs, of course. There would be serious theological discussions about whether the two pairs of special 'Harvey and Lee' magic underpants should be identical or not quite identical. Not to mention the question of what female believers should do with their eyebrows, in honour of the two latter-day saints, Marguerite the Slim and Marguerite the Dumpy.

You, too, must keep up the good work!