Lee Oswald Exoneration Petition - PLEASE SIGN!
Please Sign Petition to get the Magpies back into the NRL
Search
Most active topics
Most Viewed Topics
Latest topics
Prayer ManToday at 1:23 pmsteely_dan
Postmaster General Today at 11:53 amVinny
Proof that Pat Speer has no interest in the factsToday at 11:49 amVinny
Hyde My PaineToday at 3:15 ambarto
Hugh Aynesworth offered to snitch on William Walter for the FBIToday at 2:22 ambarto
Judyth Baker - a credible source?Yesterday at 6:59 pmVinny
The Anatomy PapersYesterday at 6:09 ambarto
Louis Joylon West : LSD and the CiaYesterday at 1:57 amRobbie Robertson
Jonathan Cohen Wants to KnowSat 13 Aug 2022, 3:50 pmsteely_dan
Navigation
Portal
Index
Memberlist
Profile
FAQ
Search
Galleries
Log in
Social bookmarking

Fritz's "floating in space" reaction at 6:30 in this video.

Speaking of "floating in space," it was as if Fritz was a Macy's Parade float during the shots. 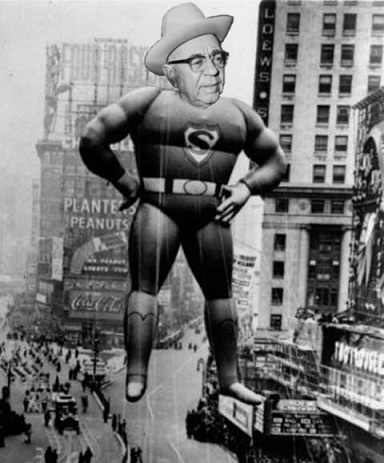 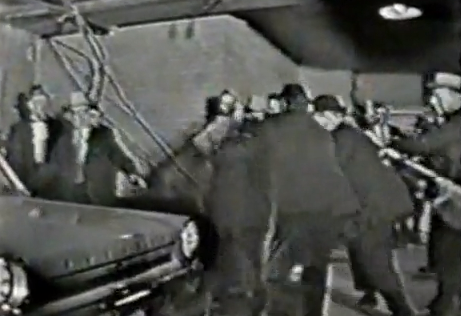 Of course it could be that due to his age, his reflexes were not sharp or something.Also might have been focusing on Dhority's car that was pulling up. He seems to be focusing on opening the back door of the car.


Earlier I used to think that the two car horns that sounded a few seconds prior to this might have been signals to Ruby. However it appears that it was just Dhority honking because many people in the crowded basement were blocking his way. Just after the second horn honks the car pulls up. But it was too late.Ruby already shot Oswald.


Somebody in the DPD like Patrick Dean likely let Ruby inside the basement. Am still not sure whether Fritz might have been involved or not.
_________________
Out With Bill Shelley In Front.