Almost 56 years since the day Malcolm X was assassinated in New York City, lawyers and family members of the late civil rights and Black nationalist leader released new evidence they claim shows the NYPD and FBI conspired in his murder.


It comes in the form of a deathbed letter attributed to a former undercover NYPD officer who claimed he was pressured by supervisors to lure two of Malcolm X’s security men into committing crimes, a few days before the assassination on 21 February 1965.
The arrests kept the two men from managing door security at the Audubon Ballroom in Washington Heights on the day of the shooting, according to the letter.
The letter, written by Raymond Wood, was authorised for posthumous release by a cousin. It was read on Saturday at a press conference attended by three of X’s daughters and members of Wood’s family. No details about the circumstances and timing of Wood’s death were provided.
“Under the direction of my handlers,” the letter states, “I was told to encourage leaders and members of the civil rights groups to commit felonious acts.”
Last year, the assassination was the subject of a six-part Netflix documentary, Who Killed Malcolm X?, which revisited longstanding questions over whether two of three men convicted in the shooting were innocent. In 2011, an NYPD detective involved wrote: “The investigation was botched.”
The documentary prompted the Manhattan district attorney, Cyrus Vance Jr, to review convictions in the case. Following Saturday’s news conference, Vance’s office said the review was “active and ongoing”. In a separate statement, the NYPD said it had “provided all available records relevant to that case” to Vance and “remains committed to assist with that review in any way”.
The FBI did not comment.
Malcolm X was shot seconds after stepping to a lectern to speak. Days earlier, he told an interviewer he believed members of the Nation of Islam were seeking to kill him. He was being surveilled by the FBI at the time. His home in Queens was firebombed the week before he was killed.
One of his daughters, Ilyasah Shabazz, told the press conference on Saturday she had lived with decades of uncertainty.
“Any evidence that provides greater insight into the truth behind that terrible tragedy should be thoroughly investigated,” she said.
_________________
Prayer Man Website.     Prayer Man On FB.     Prayer Man On Twitter.     Prayer Man On YouTube

I just posted about this too with regard to BWF. Sure shows a reality that many simply have no clue about. Assassination, intimidation, fear, keeping secrets. Standard operating procedures back in the day.
_________________
Release clear scans. Reveal the truth about Prayer Man. Preserve the history of the assassination of JFK.

His family is demanding that his case be reopened. 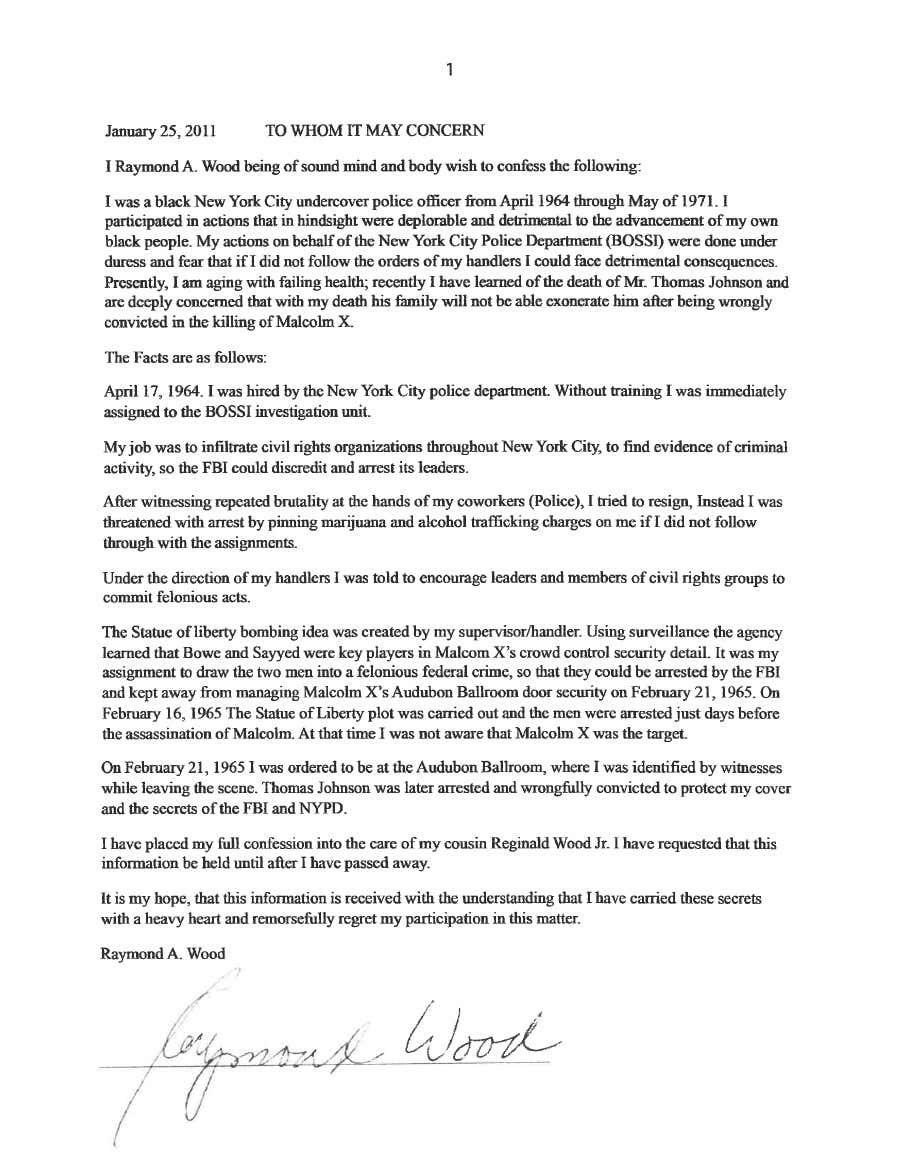