Hi all, this is my first post here. I have no idea how to use this forum but hopefully I'll get the hang of it. My focus at the moment is the rifle chain of custody evidence.

To start, there is plenty of evidence suggesting a suspicious origin of Waldman Exhibit 4, but David Josephs' theory is provably wrong. Mr. Josephs included the figure with the blue and red arrows (bottom) in his 74-page .pdf at CTKA and kennedysandking, has presented it at conferences and discussed it on Black Op Radio (I think). His main theory is that because the serial numbers appear to be recorded randomly, they were just copied off of the Waldman Exhibit 3 shipping slips. I used to do project management for the Army, and a lot of times we would have to figure out how to safely and efficiently repackage highly controlled items like hand grenades. I highlighted the serial numbers from each carton-shipping slip combination in a different color (top) and the rifles are recorded in exactly the way one would expect with a multi-person unpacking operation.

Mitchell Scibor (who disowned Waldman 4 under oath after taking credit for it in his 302 report) described the process as basically: the receiving department opens the cartons, removes the rifles, records the control number/serial number on Waldman 4, then tags the rifles with the control/serial combination (might be tag first but doesn't matter).

Imagine two tables lined up, one with cartons on it, one with a guy with a box of tags and one guy with Waldman 4. As you can see in my figure, the first carton (orange) is opened up and basically unpacked first. As the last rifle of that carton is removed, five other cartons are opened nearly simultaneously (red, green, purple, blue, beige). The rifles are then recorded out of order, basically whoever passes the rifle to the tag/paper guy quickest gets that rifle recorded first. Carton 3598(beige) is slowest and might have had more tape on interior packing materials, been in the back, unpacked by a new guy, or something like that. As that group of five cartons is nearing completion, the next three cartons are opened (yellow, gray, teal). As those three cartons are nearing completion, the final carton is opened (pink) and unpacked almost sequentially since that is basically all that is left. In fact, Josephs hypothesis is impossible since three serial numbers recorded from the rifles DO NOT match the serial numbers on the corresponding Waldman 3 shipping slips (slip serial number and corresponding color/carton# at bottom of figure). The implications of this will be included in a future post, along with other legitimate reasons to be skeptical of Waldman 4. 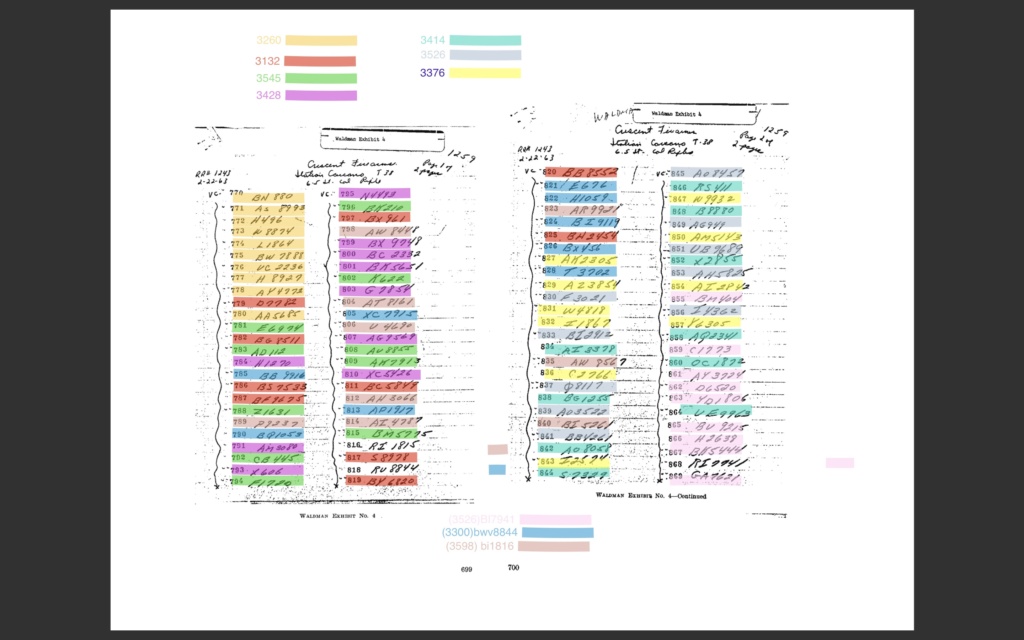 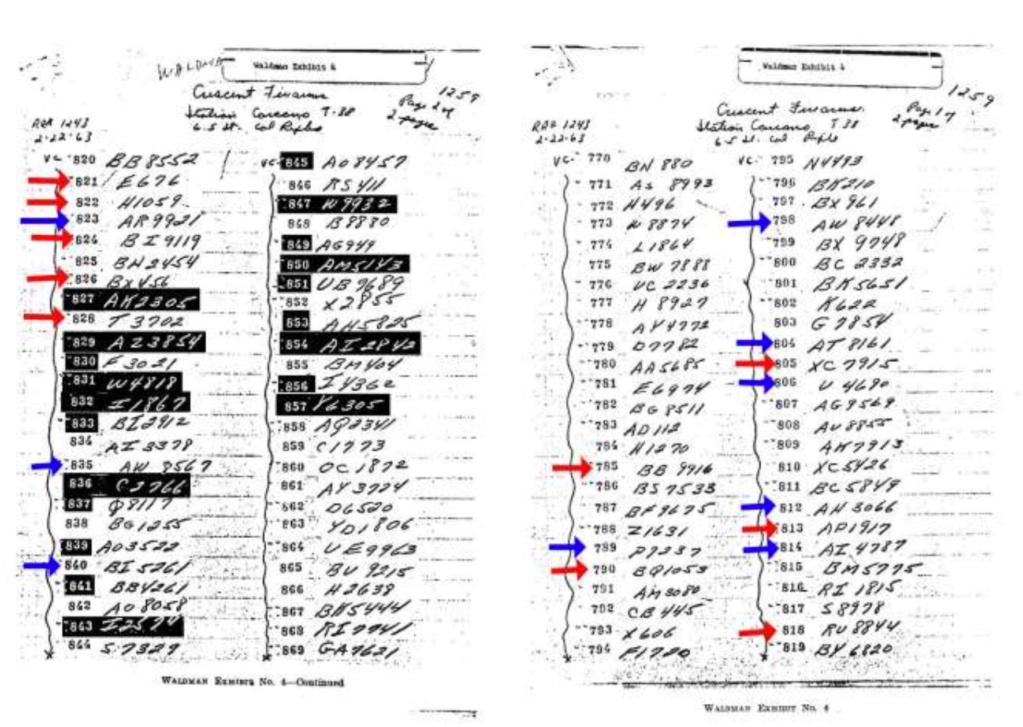 " With his latest work ' Waldman Exhibit 3' :a disorientating jumble of coloured arrows and squiggly lines, like something you might find splattered over the peeling walls of a drab forbidding Leningrad flophouse , after the turbulent young Picasso, and some fearsome Proletkult Industrial artist spent a frustratingly unconsummated night, Fezzo, the first, and as yet only member of the Nonsensicalist school, attempts to out Dada the Dadaists,. Not so much a work of art, more an existential cri de coeur of a man who has spent the best part of two decades, with a jaunty red fez tilted rakishly over one eye, as he was chased up and down the dimly lit side streets and alleyways of collective subconscious by an assortment of puny malnourished Hungarian doppelgangers, shadowy COINTELPRO goons, the outraged shotgun totin' emoticon dads of their not so dancing emoticon daughters, dreading the imminent pitter patter of tiny fezzettes,  and slick talking snake oil salesmen with their fantastical double doppelganger yarns..."

" Now can we work on getting Von Pein legally prohibited from using the internet" Albert Doyle. Champion of Free Speech and Credible Moderation

Yes, welcome.
_________________
Release clear scans. Reveal the truth about Prayer Man. Preserve the history of the assassination of JFK.