Interesting. Well either he's holding back or there's another Edward E. that teamed up with Carson etc. Maybe the complete lack of information on the guy is indicative of him being a spook. I really need to get to New Orleans and dig around a bit.

I did find this, which has an Edward E Parent flying from Hickam AFB in Hawaii to Travis AFB in California in 1957, along with a Mrs. Ruth A. and Miss Jane, which might be a lead: 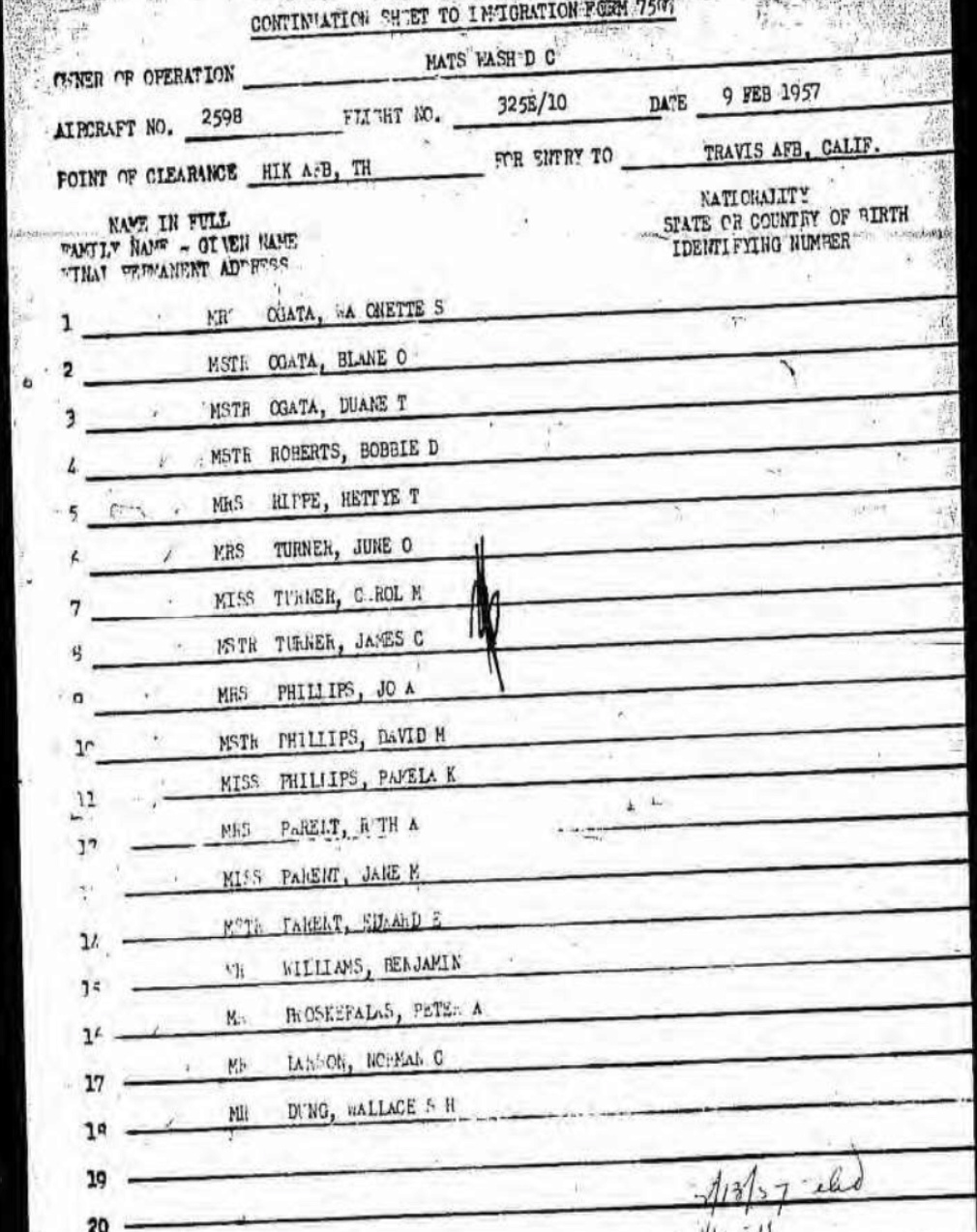 Also here's the Houston Edward in his 1952 yearbook pics: 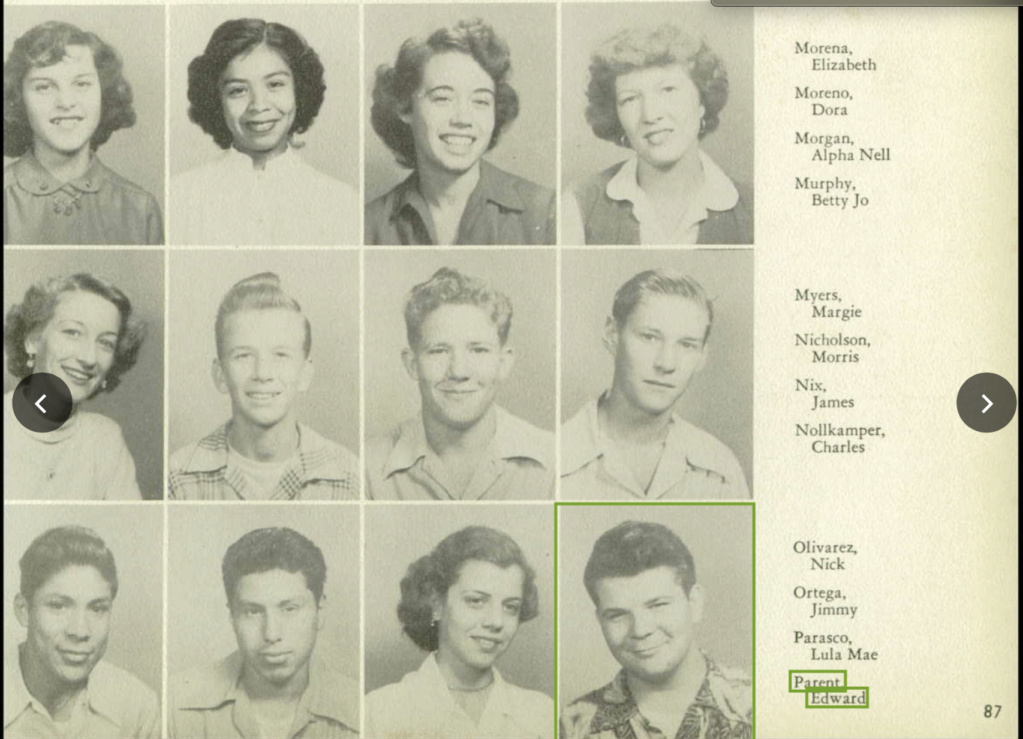 EDIT: John Mmahat’s son is a Hollywood assistant director according to IMDB, and might be someone worth contacting. I’m not sure how much he’d know but it’d be interesting to hear if his dad ever mentioned anything about the JFK case, etc.

My suggestion.
Print out and mail the Garrison file to Ed Parent with anything else like websites showing business info relating to Ed or his addresses etc.
Show ancestry site stuff and ask about Betty.

Use my name too as needed.
This will get a response now.

My suggestion.
Print out and mail the Garrison file to Ed Parent with anything else like websites showing business info relating to Ed or his addresses etc.
Show ancestry site stuff and ask about Betty.

Use my name too as needed.
This will get a response now.

Thanks Ed, I will do exactly that when I get back from Canada. I got Bill Davy’s info too so hopefully I’ll find out what William Walter really said about Ed Parent. Walter was spot on in describing the previous employment of Chandler Josey and Bob Wilson in a phone call to Lou Ivon that preceded his interview with Garrison, so something must have got lost in translation either by Garrison or Davy when he transcribed the notes.

I found out that Southern Research Inc. had an office in Houston, address listed as 442 West Building, but haven’t been able to find any other info. I can dig into that at the state library in Austin, and try to track down the Houston Edward Parent and see if there’s a link.

Another lead to look into is Golder Stoltz. He is the second witness listed on the charter for Southern Research of New Orleans along with Mmahat. I found out from Gagliano’s widow through his daughter that Stoltz worked for the Bourgeois family, who owned Dixie Finance at 2001 Metairie Rd. and the building the law office was in. One of the Bourgeois was named Glenn. Stoltz could have just been sitting there when they all came in, but it’s still worth checking out.

From:
A Farewell to Justice.
Last bit is the pear shape moment...

Betty Parent was basically working for the FBI as a full time informant.
She was asked by Garrison to chk on Bertrand.
Ha!
Not if the FBI didnt want her to or give rumors to Jim.

"Joan Mellen also uses D'avy as a witness to tie Shaw to Oswald. She believes that Betty Parrott (actually Parent), an FBI informant, corroborates D'avy's statements. She writes in her book, And Justice For All, that "that "FBI informant Betty Parrott knew Davis had been fired as night manager at the Court of Two Sisters for bringing Oswald upstairs." (page 123).
Here is the report from Betty Parrott - note the last paragraph on the first page and the continuation on the second page" ~Litwin: 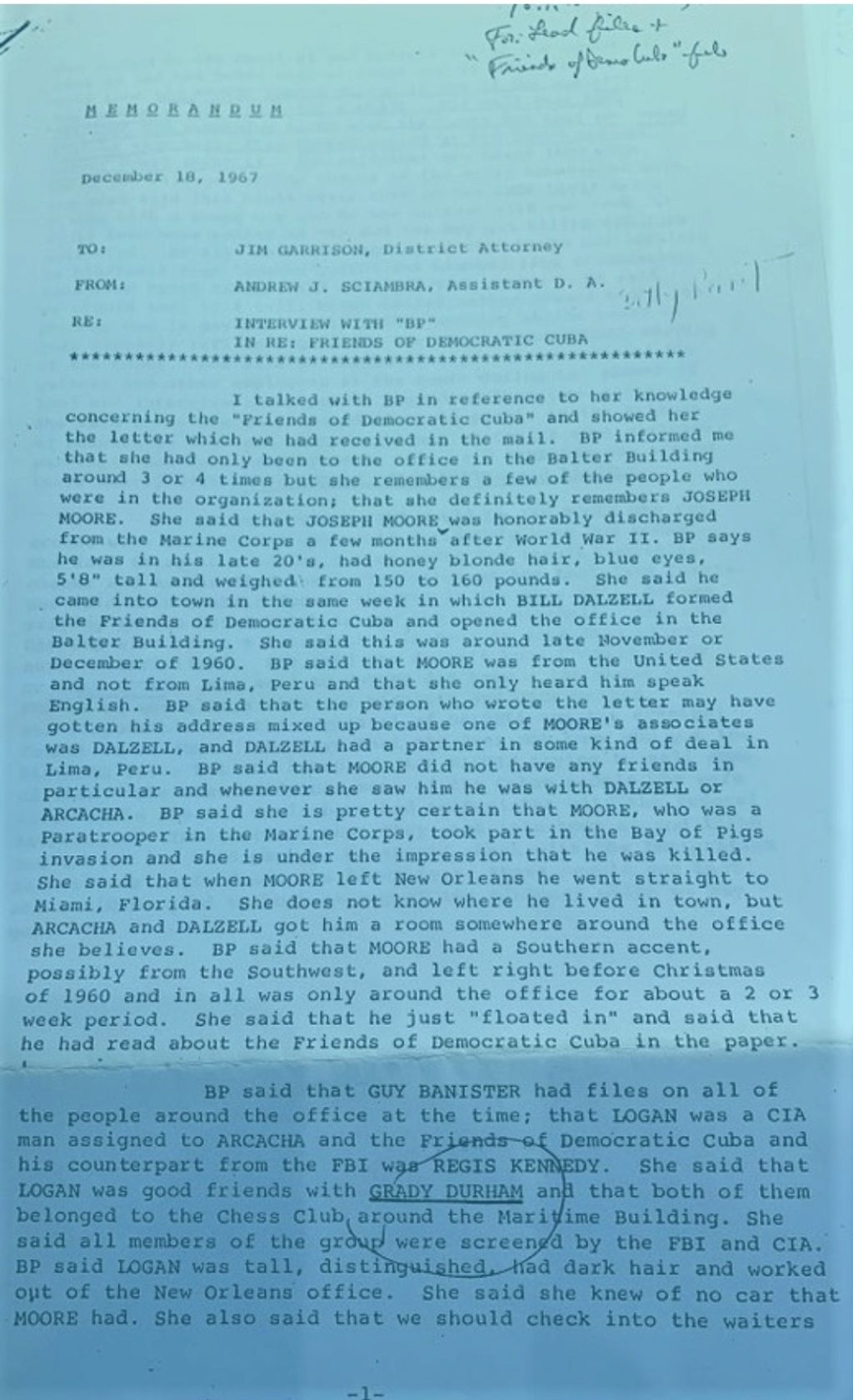 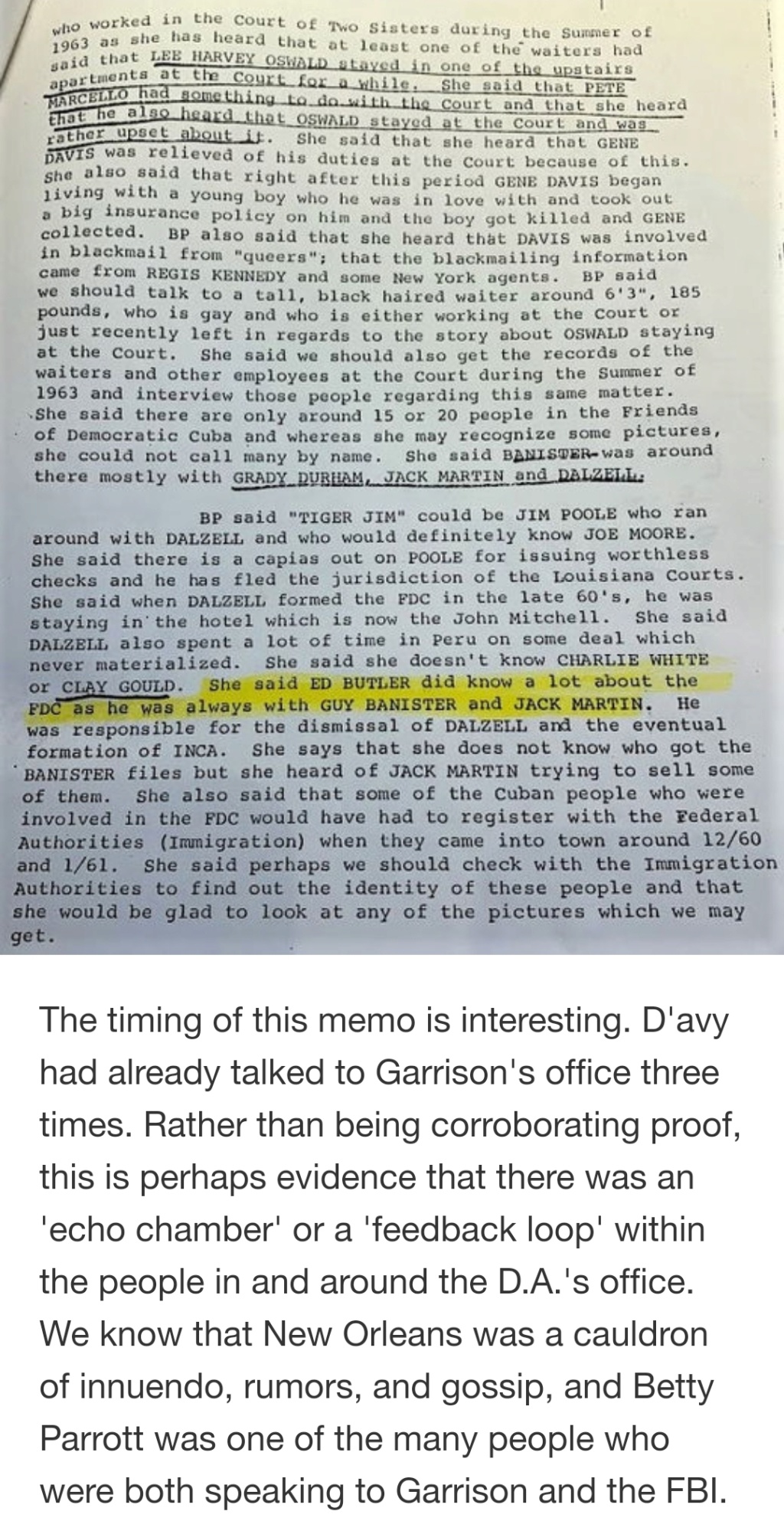 Betty is a stooge. How this relates to Edward E. and SRCNO, is it going to be another pear moment?

If Betty and Edward are connected that would be a full-blown bombshell IMO. There weren’t very many Parents in New Orleans at the time, and what are the chances two unrelated Parents end up linked to the JFK case?

One thing that stood out in that memo is the part about Grady Durham and the Maritime Building chess club. I looked into Durham, since he was an attorney and had an office in that building (I think it was #534) at the same time Charles Carson was running the Southern Research Inc. office in #808. Before, and possibly after (I don’t know when they moved to the Masonic Temple) SRCNO was incorporated, Ed Parent was likely working out of that office.

Both entries in the ‘60 city directory for Betty Parent and Betty Parrott list her as “Betty Mrs.” and do not list a husband. However, Betty was supposedly banging Bill Dalzell for quite a while and that’s how she was getting all her info. I’m not sure what to make of it. Would Dalzell really drag around his waitress girlfriend to all these sensitive meetings, etc. and provide a constant stream of pillow talk so she could go blab to the FBI? Seems like pretty shitty opsec, and Dalzell does not seem like an idiot.