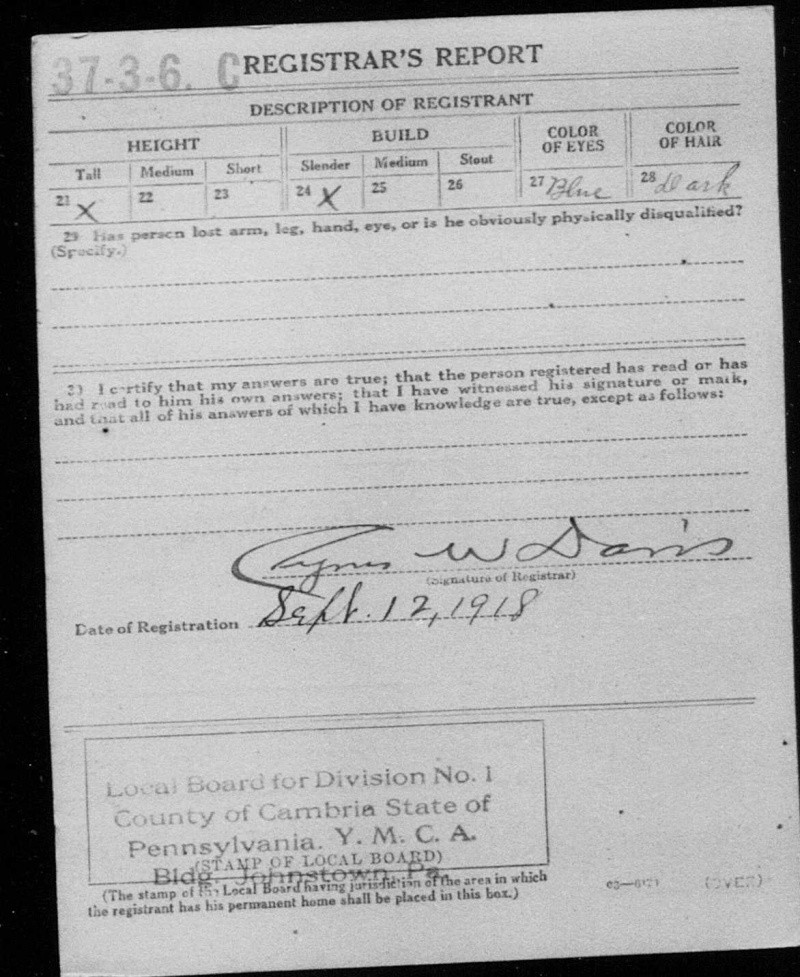 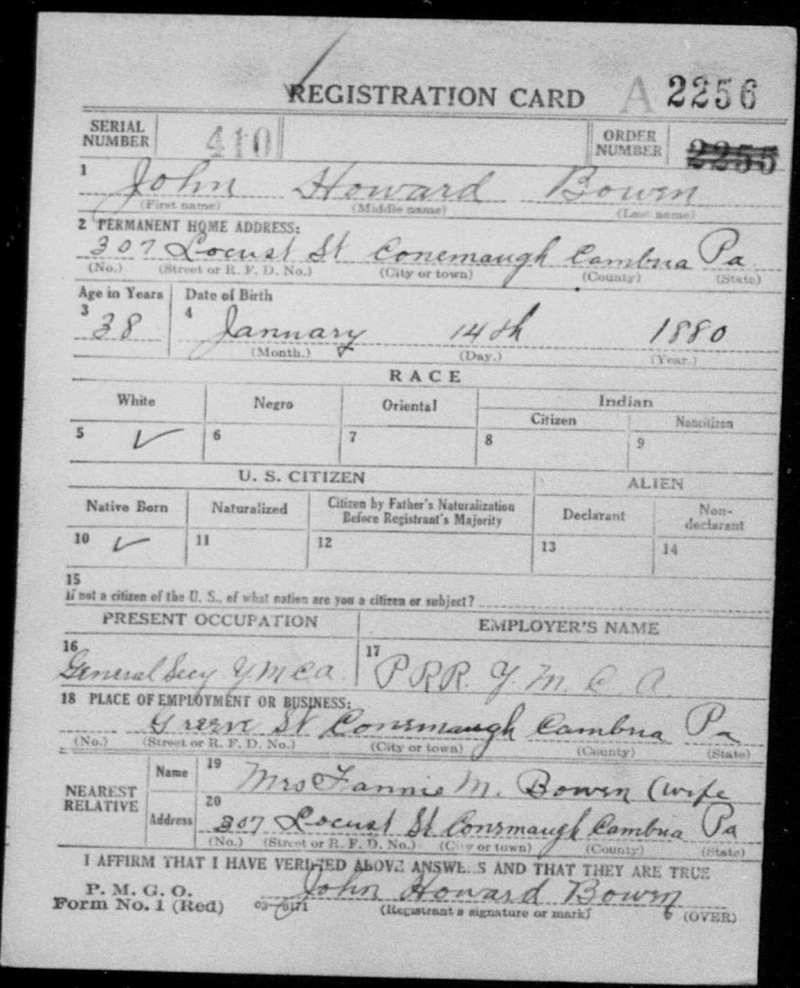 I have two questions.

Alfred Osborne gave his address, according to the FBI, as the same address as the YMCA in Montreal.
The real J. Howard Bowen.worked for the YMCA until at least 1927.

The growth of the YMCA was spurred by a demand for lodging by railroad workers. Bowen was actually employed by the Pennsylvania Railroad YMCA. IN the age before jetliner travel, the small town of Hamlet, NC was one of the busiest freight and passenger rail junctions in the eastern U.S. With only
a pop. of 6,000 the passenger rail terminal in Hamlet was recenlty reopened, despite the small population and the diminished routes of the Amtrak national passenger railroad system.


http://en.wikipedia.org/wiki/Hamlet,_North_Carolina#Additional_information
.........
Hamlet is at the junction of two major CSX rail lines, one running north towards Washington D.C., and the Northeast as well as south towards Florida, and the other running east towards Wilmington, North Carolina, and west towards Atlanta, Georgia and Birmingham, Alabama. It has been cited as the prime spot in North Carolina for train watchers.[6]
The recently reopened Hamlet Passenger Station, served by Amtrak, sits downtown at the junction of the lines. ......

So , Hamlet once was an ideal places to quickly slip in and out of. Railroad employees received free
travel passes as an employment benefit. The imposter Bowen obviously knew some background.:

http://www.history-matters.com/archive/jfk/wc/wcvols/wh25/html/WC_Vol25_0301a.htm
...his father's name was James A. Bowen, his moter was Emily Bowen, ....grandmother Sarah Hall,,

Emily Bowen was the real Bowen's stepmother, too young to likely be his mother. Sarah Hall was the
real Bowen's wife's mother.... The imposter tol the FBI he did not know his parents and lived with his
grandmother. The real Bowen was stiill living with father, step-mother and brother at age 20 in 1900.:
https://familysearch.org/pal:/MM9.1.1/M3SH-1H9

The movie, Billy Bathgate was filmed at the Terminal Hotel shortly before it was destroyed by fire in 1993. As in the example of William Whaley, how did an inaccurate date of birth come to find its way on the death record and on the gravestone of the real John Howard Bowen?

No breakthrough, but the first new clues to emerge about this mystery man in a long time.: 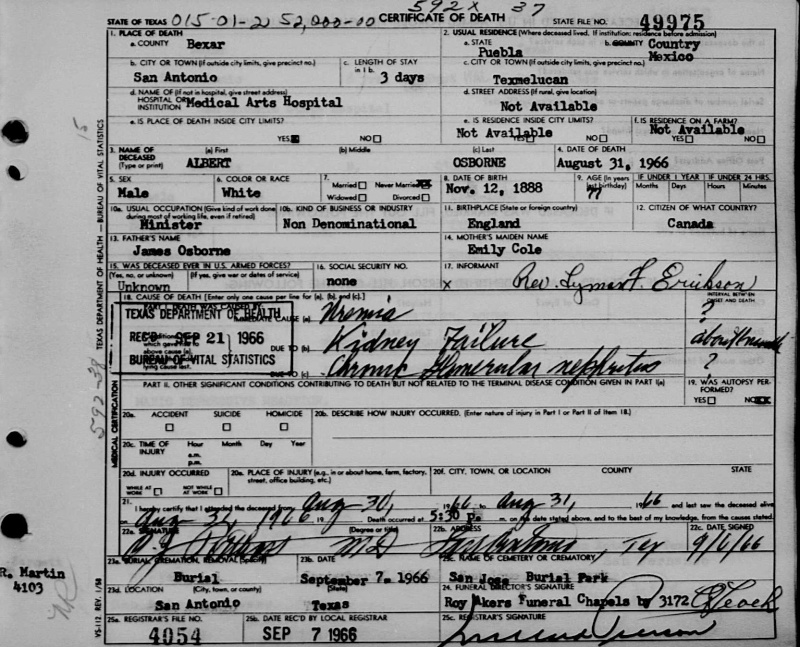 Re-reading the Osborne thread at your old alma mater helped a bit with this, but the d.o.b. discrepancy is truly suspicious, Tom.  Doctorow would have written this into a sub-plot somewhere, but then he's a fiction writer, one of my favourites.  He nails Ragtime.

Thank you for this valuable piece of information.  Again, Stars in your Crown.

FWIW, I don't think Osborne was connected to the assassination except as a witness. His avoiding of the FBI was most likely in relation to being a scam artist - ripping old ladies off for "charity" donations.

Thank you, Greg. I have refined the presentation quite a bit.
I would appreciate reading critical feedback. Did I miss anything?
Is there anything that should be removed or edited?

I remember dreaming this was all over once, but that was a long time ago.  Mr. May and Co. appear to be a nightmare that doesn't end.  Keep sharing, my friend.  It's not over.

This is the first place I am posting a link to this new piece I
just finished on some research related to Oswald in Mexico City
and Bowen / Osborne.

There are still shiny pebbles on the beach worth picking up I hope. Please read it and offer other title suggestions. The title is my way so, far, of attempting to understand what it is telling about
pre-planning, intent, factions, and cover up. When reading, remember that the informant is reported by the FBI to have provided his business address as 299 Alhambra Cir,, Coral Gables, FL, and from then on the report of his call, and the caller himself, seem intended to never see the light of day. Or, I am I projecting a wrong hunch. I worded the beginning of the title with the assumption that the intent of the call does portend the opposite of my hunch, at least from the standpoint of the 27 November, caller......
Was the caller dialed in, per his background and office address, or who else would know to impersonate this name and give that address? DIvision V, or a lowkey sect. of CIA, DIA, ONI, or Cuba/KGB ? On whose instruction did the FBI conceal the call and the caller?

27 November Call to the FBI; An Ace In The Hole, Or Were Most Of U.S. Intel Depts. Patsified Along With Lee Harvey Oswald?