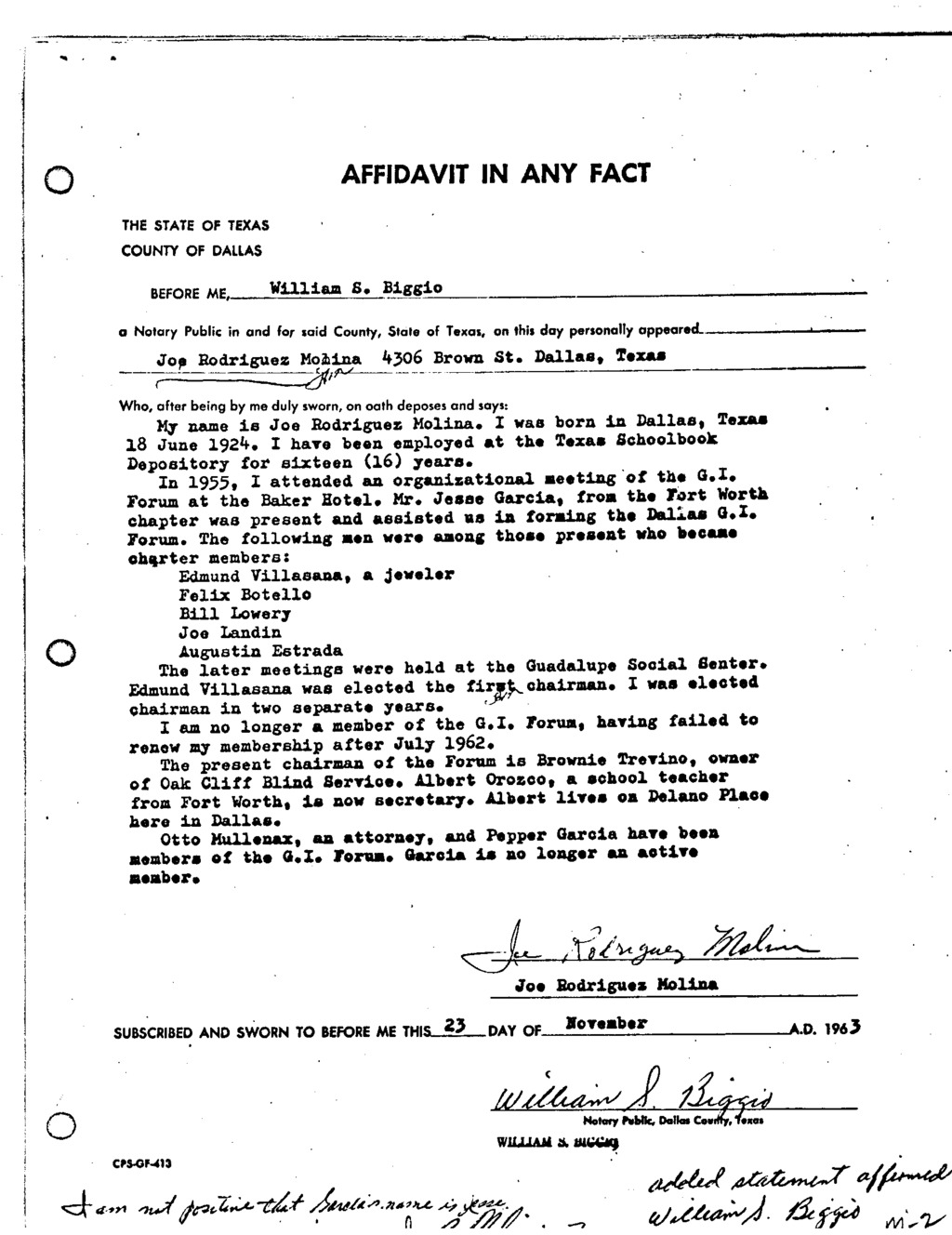 Mullinax helped Molina with his severance from the TSBD 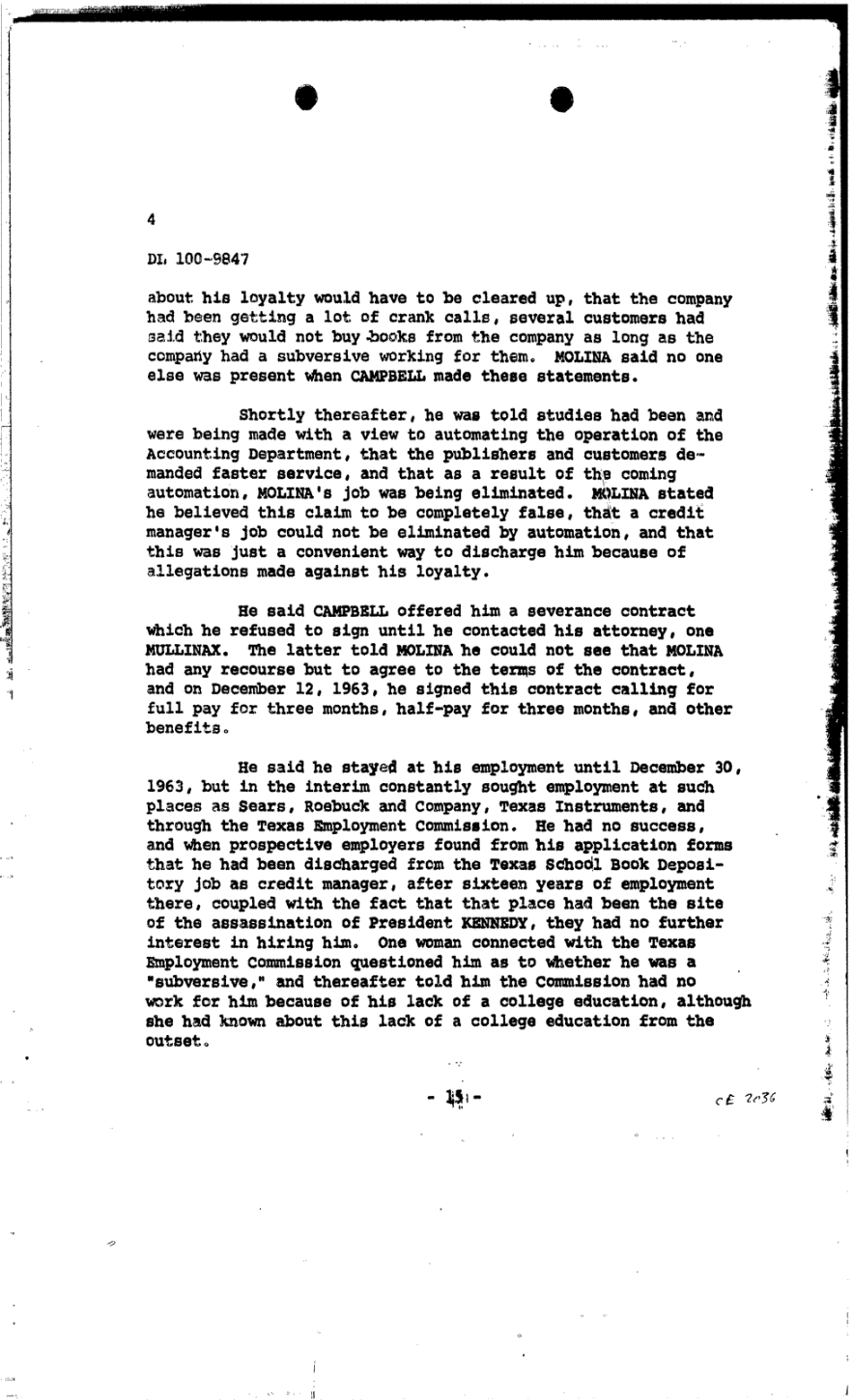 Mullinax gave Molina bad advice.
Seems Otto was playing Joe like a fiddle.
Molina did have a case, too bad the Usual Suspects steered him from filing one. Im sure there was no collusion between these folks.... aye aye aye

Mullinax gave Molina bad advice.
Seems Otto was playing Joe like a fiddle.
Molina did have a case, too bad the Usual Suspects steered him from filing one. Im sure there was no collusion between these folks.... aye aye aye

Don't know about the labor laws as they stood in Tx then, but what you say would be the case now in a lot of places around the world. Maye he should have consulted Chuck Webster who specialized in Labor Law.

Oh wait, Chucky boy is also a highly suspicious character who had the  backing of FBI commies in his bid for election in 1960 and despite his association with "commies", was at the DPD all day on Nov 22 allegedly advising them on any potential federal law issues. That, and assuring the equally suspect DCLU posse that there was nothing to see here.

I have asked myself many times why the fervent patriots of the TSBD hired a subversive? Even if they hired him unwittingly, it would have come to light through the FBI who I have shown had a relationship to at least Caton, if not Truly and Shelley as well.

The answer I keep coming back to is Byrd and his founding of CAP and CAP's entry into the spy games via the program first talking about in 1948 where at least one aspect involved businesses hiring CAP members to keep tabs on suspected subversives within the business as identified by the business.

IIRC, Truly had let some workers go shortly before hiring Oswald. Was one of those someone who was keeping tabs on Molina at work, just as Lowery had been outside of work?

Lowery of course, outed himself around the same time as Frazier was starting at the company - Buell, the Trojan horse Oswald would ride in on. With Lowery now nullified, there was no one keeping on an eye on Joe now inside the TSBD or anywhere else.

The one above I just got. 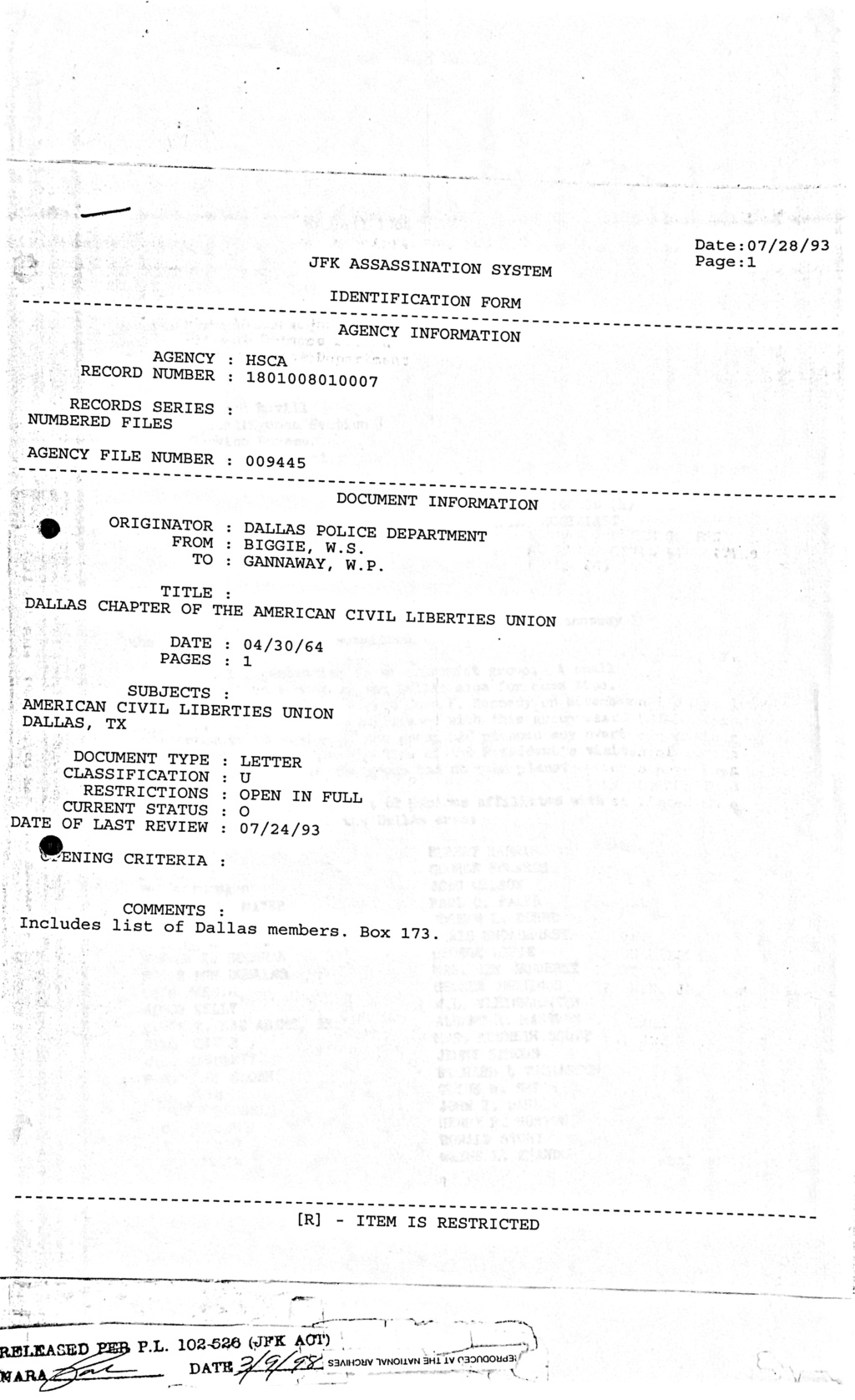 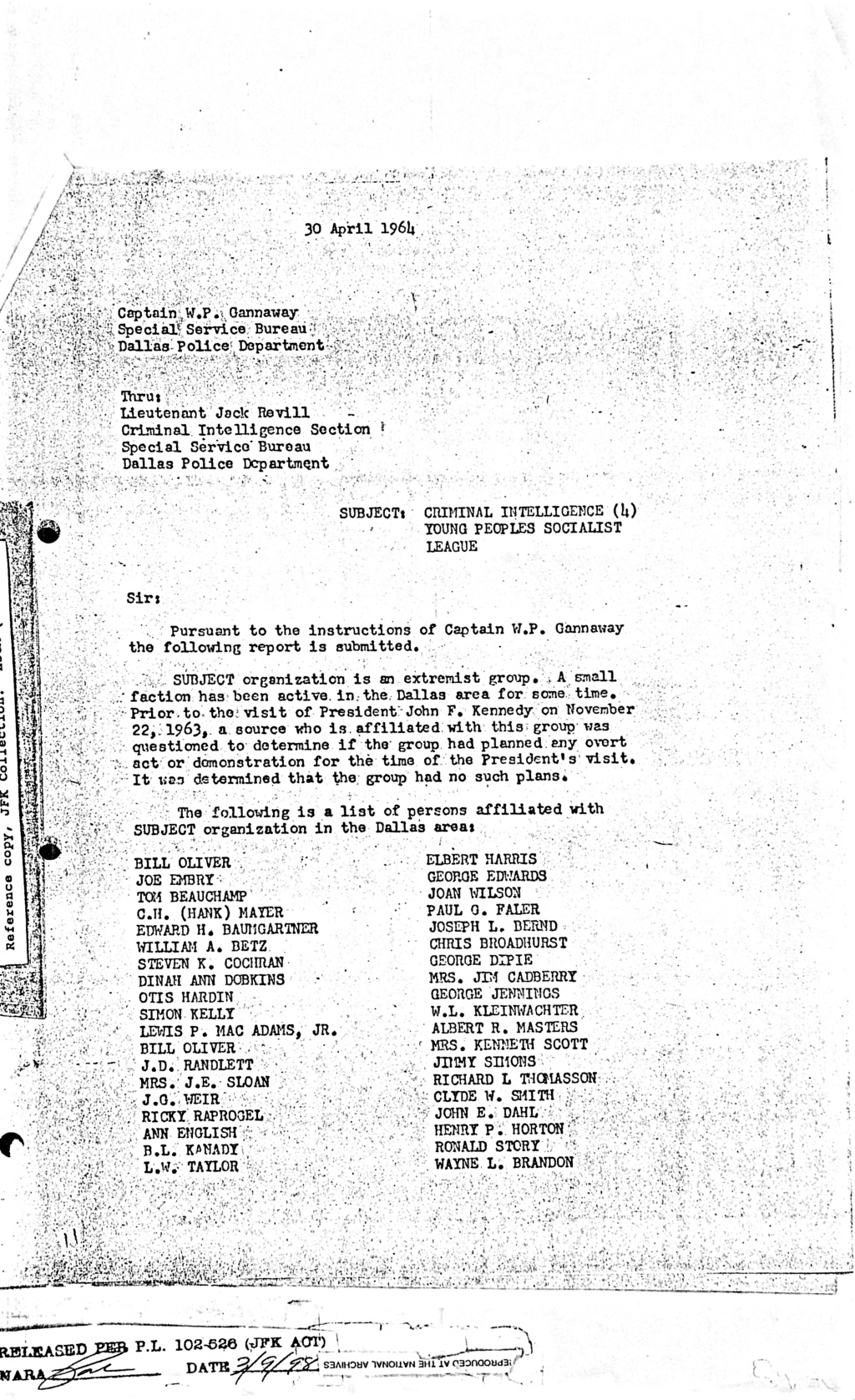 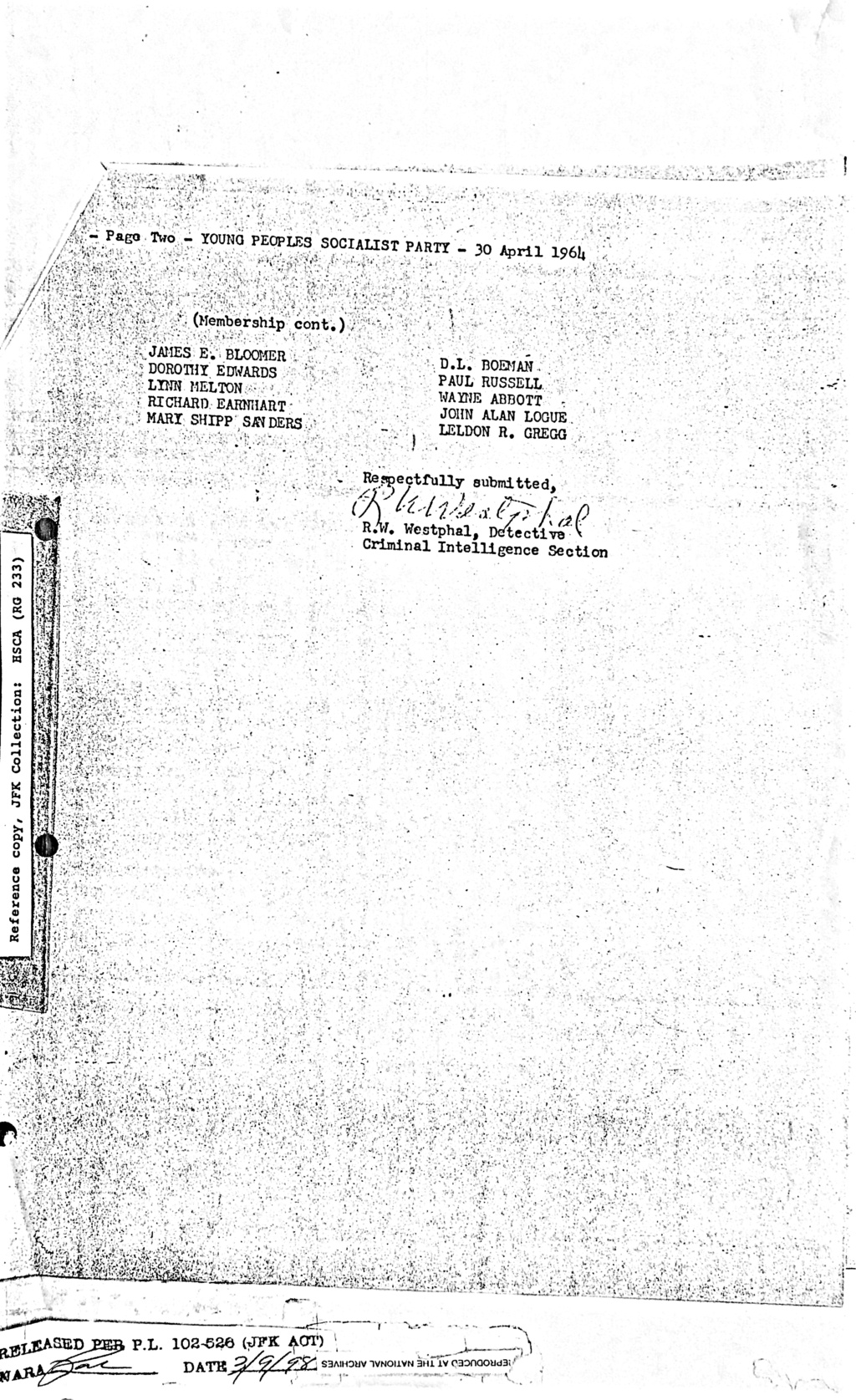 Thanks to Malcolm Blunt.
Not sure whether this is online UNT. 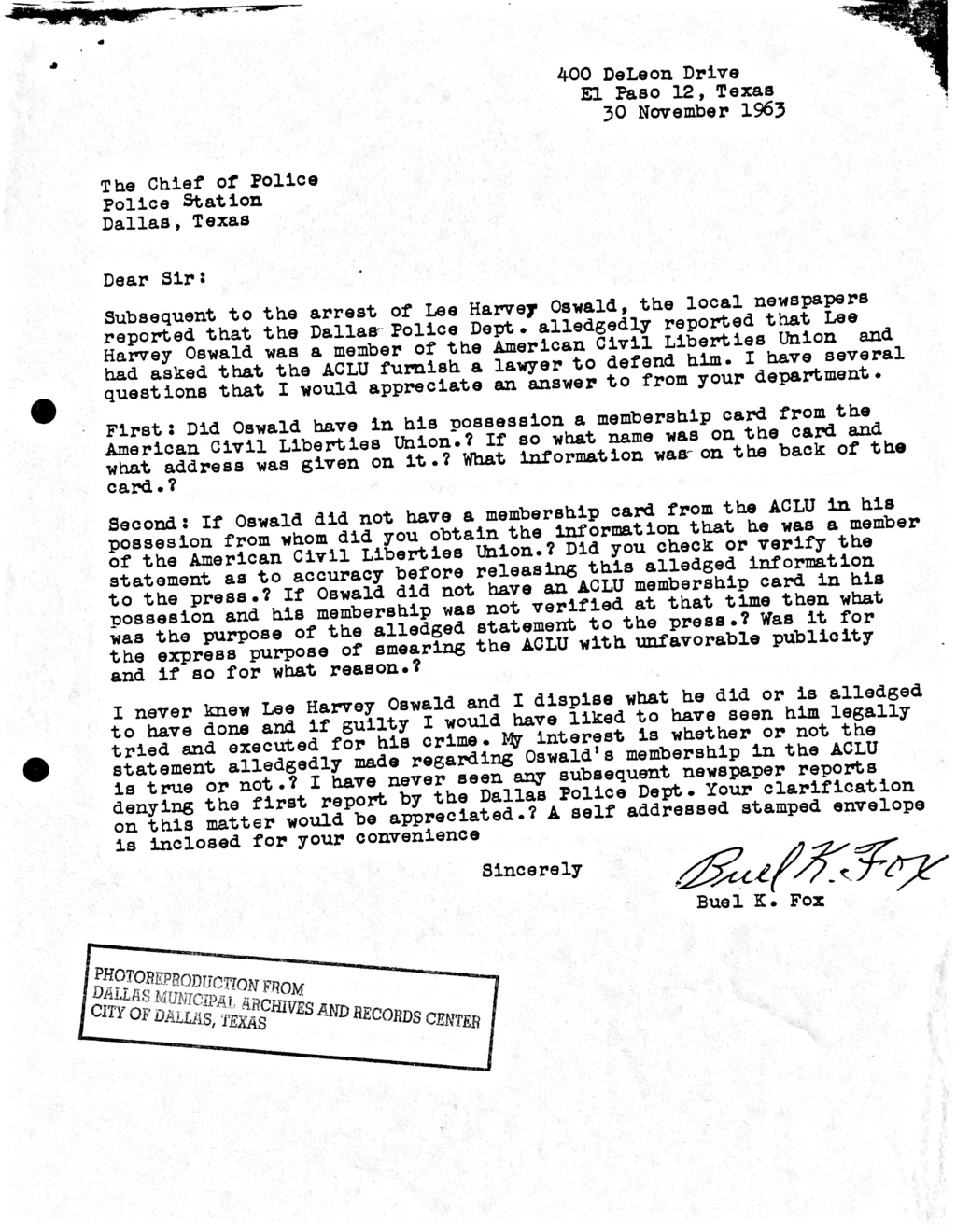